LEARN MORE
In the era of online shopping, retailers are under more pressure to provide better pricing and services to stay competitive. Taking advantage of the latest technology is essential to maximize efficiency. Many high street stores are adapting by launching their own online shopping platforms and offering click-and-collect services. This has led the rise of ‘omnichannel fulfilment’ where products need to be available across channels – in store, at the fulfilment centre or online orders. This changing industry landscape makes it essential for retailers to improve efficiency and stock availability.

These conditions present challenges that RFID is suited to solve. Radio Frequency Identification is 25 times faster than barcoding for taking inventory, while also improving accuracy to up to 99%. This enables fashion retailers to have up-to-date information on their stock across the supply chain. This means their products are more likely to be available in store or online, which benefits customer satisfaction and sales. Before adopting RFID, most retailers took stock once per year, which took days or weeks. In between, inaccuracies would creep in at a level of 2-3% per month.

inventory is 25x faster than with barcodes

fewer overstocks and out of stocks

Retailers have recognized the benefits and have begun adopting RFID in on a large scale. In 2016, 73% of retailers had implemented or were piloting RFID. Retailers have fueled explosive growth in the UHF RFID market. 15.4 billion UHF RFID tags were sold in 2018 compared, 23% growth over 2017.

In recent years, the cost of RFID readers and tags has been greatly reduced. The price of tags went down by 75% between 2012 and 2017, now starting from 10p for standard tags, with retailers buying in volume being able to source them for 5-6p.

RFID improves customer satisfaction in numerous ways. Staff can easily check whether a specific item is in stock through mobile handsets. They can then quickly locate that item through using real-time location technology. The increase in product availability has led to increased sales, with River Island reporting a 5% increase in sales since implementing RFID.

Some brands also use RFID to provide customised service. Ralph Lauren has implemented interactive changing rooms that use RFID to show what other sizes and colours of clothing are available in store and suggest accessories. This leaves a great impression on the customer and can increase sales and customer loyalty. 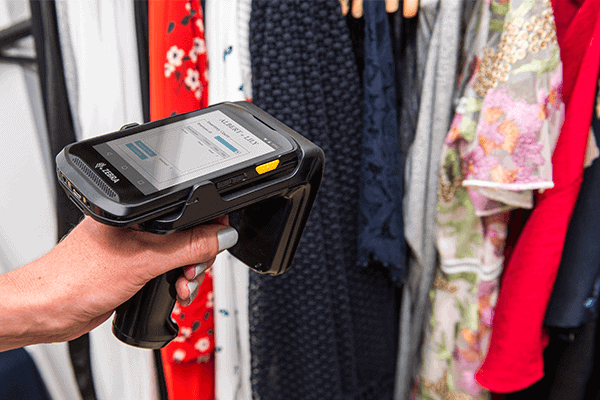 Fewer out of stocks, overstocks

Due to the improvement in accuracy that RFID brings, retail managers can stock fewer items in low-selling lines, while ensuring they have sufficient stock in crucial lines. In a 2018 GS1 study, one retailer reported a 20% reduction in out of stocks, while half of the companies reported a reduction of 2-13% on stock held.

RFID is also being used to combat counterfeiting in the fashion industry, which causes the European fashion industry losses of €26.3 billion each year and about 363,000 jobs.

Brands that use RFID

Many major UK brands have implemented RFID in their supply chain and stores, improving accuracy and efficiency. Zara uses RFID in more than 1,000 stores worldwide. It used to take 40 hours to take inventory in a store and now it takes just 5 hours. Other brands that have deployed RFID include River Island, Tesco, Marks & Spencer, Tesco and Asda.

The many benefits of RFID and the reduced costs in recent years make this the ideal time for retail stores to adopt RFID and improve their efficiency.

RFID can be complicated.
Let us simplify it.

This 12-page guide explains how RFID works and how it can benefit your business. Request your copy today, completely FREE! 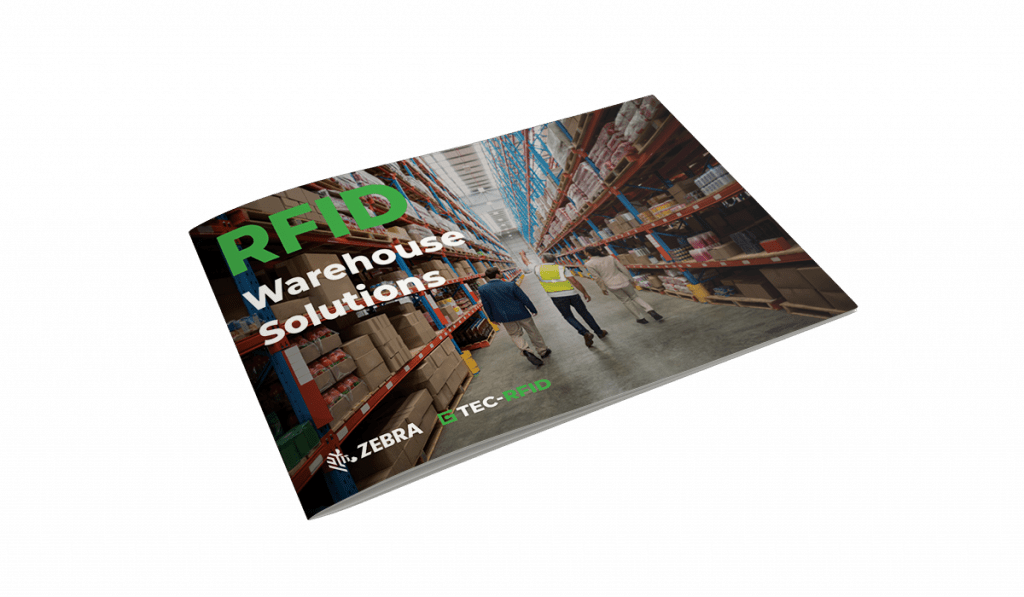